Cryptocurrencies nowadays play an essential role in the global economy. Many countries are trying to establish their own coins or join the global market of the most prominent ones. Many countries are even allowing the use of cryptocurrencies in everyday transactions. Georgia has been playing the crypto game forever and managed to establish itself as one of the hobs of the crypto trade. This article is going to take a look at the history and state of the cryptocurrency market in Georgia.

The history of cryptocurrencies in Georgia

Once upon a time, the whole world was obsessed with mining Bitcoin and other cryptocurrencies. Countries were clamoring to create more and more mining facilities until the world realized that the energy cost was too much and the market was too volatile. China closed its doors to miners, and the chance was created for other countries to step into the arena.

Georgia was one of the countries to provide miners with cheap electricity and tax-free spaces, so it soon became a safe haven for crypto enthusiasts. However, this streak could not go on because of the massive energy consumption mining facilities imposed on people’s quality of life.

The government of Georgia was forced to import electricity to keep the country cool and well-lit during the summer of 2015, and as a result, the cost of electricity experienced a drastic increase. This forced many mining facilities to close down or move to the neighboring countries where it was cheaper and more accessible.

Therefore, the golden era of crypto mining in Georgia came to an end. The country settled into the business of trading coins and tokens like many other countries in the world.

The state of cryptocurrencies’ trade in Georgia

Owning, spending and trading cryptocurrencies is legally free in Georgia. With the legal hindrances out of the way, the country is free to home trading centers and crypto companies. Tbilisi, specifically, the coworking facilities in the city, are now the center of crypto activity. These activities span from simple trading of coins and tokens to creating and marketing NFTs and even starting new currencies and their communities.

What’s more, a new law has been passed in the country that enables mining companies to negotiate directly with the energy production about the price they want to pay for the energy they use. This new law might be a little more expensive for mining companies, but it allows them to work without compromising the quality of life in Georgia.

CEX.IO has been registered as a Money Business Services company with the Financial Crimes Enforcement Network (FinCEN), a bureau of the US Department of the Treasury. This fact makes its customers from all other the world feel safer about doing their transactions. What’s more, this exchange is one of the first to allow its customers to make fiat-to-crypto transactions.

There are about 4 million registered users on the CEX.IO platform, and it is supported by 99% of the countries in the world. These are all factors that can make this exchange the best option for Georgian citizens and ex-pats to perform their trades.

Coinmama started operating as an exchange company in 2013 and has had more than 2 million happy customers so far. The transactions at this exchange go through pretty quickly as debit cards and credit cards are used to transfer the money.

One of the best points about Coinmama is that the platform is entirely user-friendly. If you are an inexperienced trader, you won’t have any issues understanding the process and going through with it. The drawback of using Coinmama, on the other hand, is that it receives about 5% transaction fees which can be considered as higher than many other exchanges.

One of the most important things you need to know about Kraken is the diversity with which it works. If you are planning to trade cryptocurrencies in Georgia, you don’t have to limit yourself to Bitcoin and Ethereum. In this exchange company, all the other cryptocurrencies are available to you.

Kraken is headquartered in the United States and supports almost all the countries in the world. This exchange has had over 9 million customers since 2011 and has extremely low transaction fees. However, f you are an amateur trader, using the Kraken platform for the first time might be a little overwhelming to you.

Paxful is another exchange that supports cryptocurrency trade in Georgia. This exchange has offices in 4 countries and is headquartered in New York, US. The best point about this exchange is that it allows customers to buy up to $1000 worth of bitcoins anonymously. Another highlight of Paxful is that it accepts several credit and debit cards from all over the world, which makes financial transactions easier for everybody.

eToro is one of the leading cryptocurrency exchanges in the world. The company was founded in 2007 and started as a trading company. Gradually other features such as intuitive trading, social trading, and cryptocurrencies were added. Today you can use eToro on the website, as a web app, Android and IOS applications, and on Windows and Mac platforms.

eToro was one of the first exchange companies ever to implement a zero commission policy. That is, this company never charges the customers anything as management and administration fees. On the other hand, the drawback of using eToro is that you cannot use cryptocurrencies as deposits. If you want to make a deposit to the exchange, you have to pick a different payment method.

Can one buy Bitcoins and other cryptocurrencies in ATMs in Georgia?

The short answer is Yes! There are several Bitcoin ATM machines around Georgia, including Tbilisi. These machines give you the ability to buy and sell Bitcoins and many other cryptocurrencies. The good point about using ATM is that you can pay in cash and make your transaction anonymously. The negative point about it is that the transaction fees are usually much higher than exchanges and banks.

Trading cryptocurrencies has been catching on in many countries around the world. Georgia can be considered as one of the forerunners in this trade. After the ban on bitcoin mining in China, the opportunity arose for many countries around the world to enter a healthier competition in the mining arena, and Georgia has managed to gain second place in the world’s bitcoin mining rankings.

What’s more, the rules of the country are evolving to ensure an easy and secure transaction of cryptocurrencies. All these factors together have contributed to the smooth activity of international exchange companies in Georgia and also the rise of national and local companies that help the further growth of the country’s economy.

What’s for sure is that cryptocurrencies have found their footing in the world of commerce and economy and are here to stay in the world. And Georgia has always been and will continue to be a safe haven for this new technology and its enthusiasts. 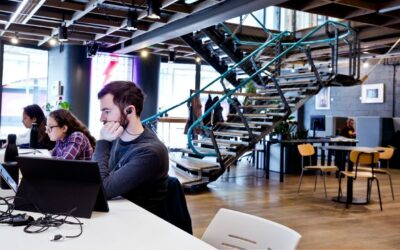 Survival tips for introverts who work in a coworking space

introverts who work in a coworking space have a challening time. Following these tips can make their work much easier and more productive. 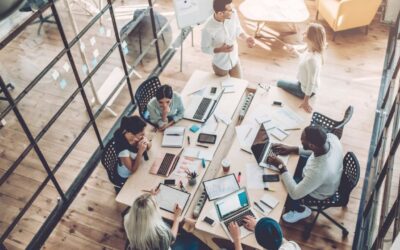 Why should you set up your business in a coworking space?

set up your business in a coworking space for two main reasons: first to save money and then to build a community that will support you.

Countries are using cryptocurrencies in everyday transactions. Georgia has established itself as one of the hubs of the crypto trade.
Written by theHUB
co-working space | crypto | cryptocurrency | Tbilisi | theHUB

A place where entrepreneurs can thrive, game changers are made, and culture-shapers create their masterpiece.